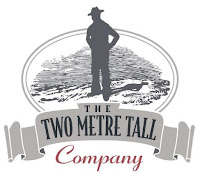 In a letter sent today to Mr Adams, other politicians and the media, Ashley and Jane Huntington say brewing businesses are practically untenable due to the way the Federal Government taxes beer.

"Today, whilst there are close to 150 small, independent breweries in operation across the nation, the actual number is in continuous flux with many operations closing as fast as they open largely due to the oppressive taxation conditions applied to brewers – and, in particular, to small brewers - by the Federal Government," Mr and Mrs Huntington said in their letter.

The couple say that while wineries have flourished throughout Tasmania and Australia thanks to favourable tax arrangements, breweries remain encumbered by century-old excise arrangements that require them to pay tax of up to 30% - in advance. "The Federal Government removes, in cash, between 25-30% of the revenue a small brewing business earns on the Monday after the product is dispatched to a customer, which can be up to 120 days before the business actually receives payment for these goods.

"The Federal Government, therefore, is by far the largest liability a small brewery business will have, and it is a liability which requires cash, requires it as soon as the transaction occurs and requires it regardless of the capacity of a business to pay and regardless of whether the business has received the proceeds of the taxable transaction. It is brutal, it is policed and it – like no other liability in business – comes with the threat of criminal sanction for anything other than strict adherence."

The couple said that if their business produced wine, instead of beer, and invested and traded at the same rate it had done so far, they would have been profitable in their second year of operation, would now be in a position to have two full-time staff on the payroll (and a third during this financial year) and they would be paying company tax.

All Lyons and Tasmanian senate candidates are invited to comment on this matter.
Posted by Damian Bester at 9:19 PM