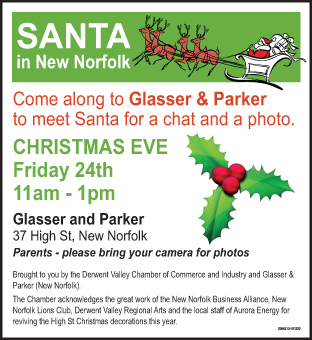 Posted by Damian Bester at 4:42 PM No comments:

THE Derwent Valley Council's mayor, deputy mayor and general manager yesterday met Premier David Bartlett and Heritage Minister Brian Wightman to discuss future ownership of Willow Court. The council decided earlier this year that it would seek to return the historic site to government ownership. I was one of several councillors who opposed this course of events but we were in the minority.

I am advised that a report on ownership of the site will be presented to state cabinet by July 2011, covering the governance structure which may be like the Port Arthur Historic Site Management Authority. I am also advised that the council and government are to negotiate a series of priority heritage projects to be funded from the $750,000 allocated to Willow Court some years ago.

It has been reported to councillors that "the outcome of the meeting is that the government are still committed to work with council on the transferring of the site to another entity but they still require more time to allow for a final report to be received by cabinet."

UPDATE: This week's Derwent Valley Gazette reports that Heritage Minister Brian Wightman would not be drawn on the specifics of negotiations conducted with the council. He went only so far as to say he and the premier had met the mayor and "reaffirmed our election commitment to look at the future options for the ownership and management of Willow Court. While no conclusion has yet been reached, I look forward to working with the Derwent Valley Council on this issue in the new year," the Gazette reported Mr Wightman saying.

A statement of agreed outcomes would be a useful addition to future meetings between the council and the government.
Posted by Damian Bester at 10:23 PM No comments: 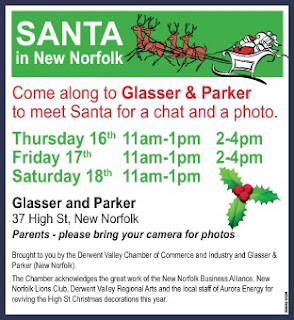 Posted by Damian Bester at 8:55 PM No comments: