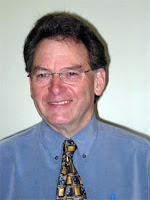 BUSINESSMAN Ray Williams is the third New Norfolk person to signal their intention to nominate for election to the Legislative Council seat of Derwent following the resignation of Michael Aird MLC, which took effect last week. Polling day is May 7.

While a phoney election campaign has been under way for some months, nominations do not close until noon on April 14 and a formal announcement of candidates' names will be made at noon on April 15.

Mr Williams' election platform has a strong country emphasis, featuring the need for more support for farmers and outdoor activities such as hunting, fishing, camping, horse riding, four-wheel-driving. "It is my intention to make sure that people that enjoy these activities get a fair go," Mr Williams said.

Please note: The writ for the Legislative Council election was issued today. By law, comments relating to the election must now include the given name, surname and locality of the writer. Anonymous comments cannot be published.
Posted by Damian Bester at 11:00 PM